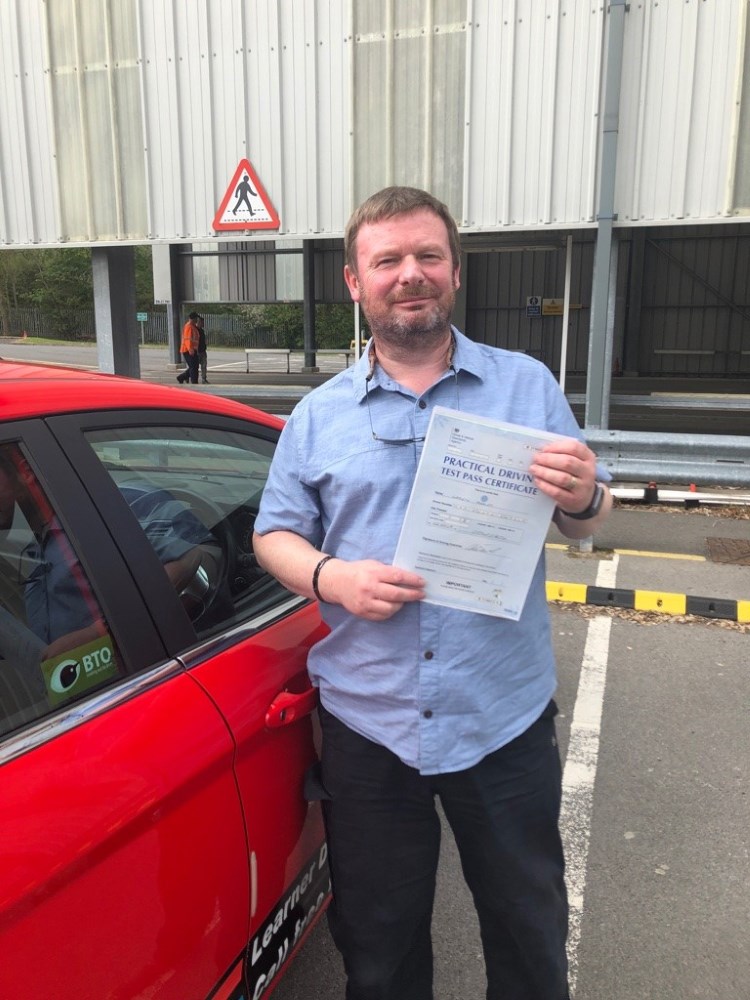 After 40 years of strenuously avoiding driving, I took the plunge and contacted Phil (because I had been told that he was good with nervous drivers), after a brief chat I started lessons. Throughout Phil was very patient, supportive, and understanding. He taught me that when I made a mistake, I should put it behind me, learn and look to the future. I passed both theory and practical tests at my first attempt and now, a month later, I am the proud owner of a runabout and driving places that I never thought I would. Thanks Phil

“He is patient and thoughtful, guiding your learning experience in such a way that means you never feel daunted or uncomfortable. I started my learning from scratch and was a relatively slow-learner (as i initially struggled with the basics).

Despite this, I still managed to pass first-time, which I attribute primarily to Phil’s tutorage.” 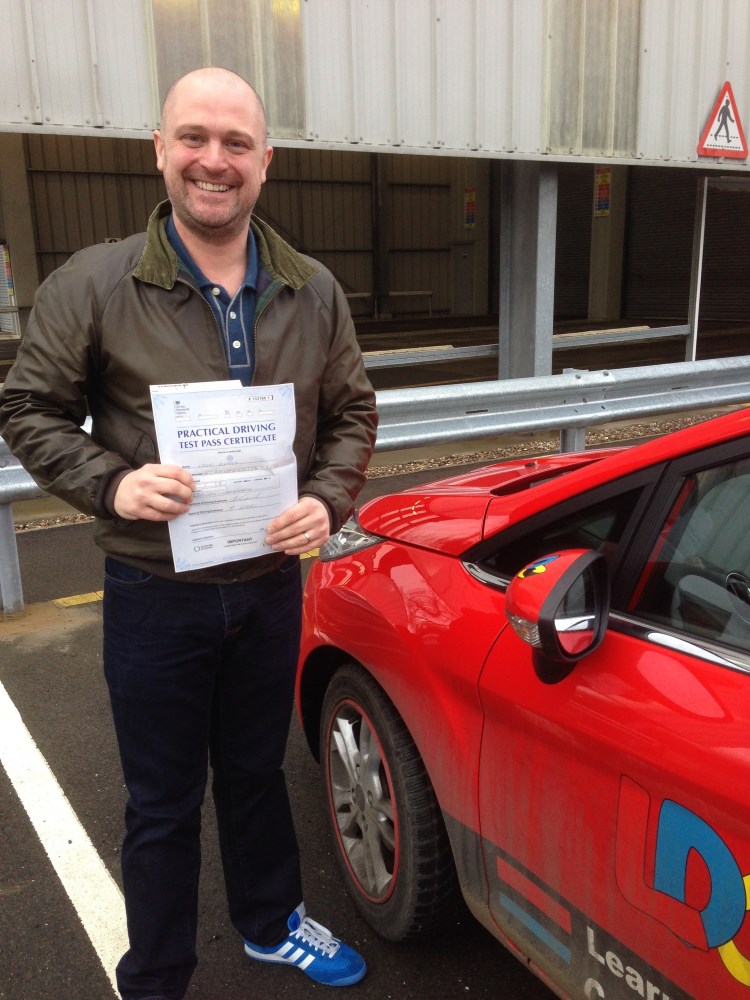 “In just under 4 months Phil helped me pass my driving test first time and has turned me into a confident driver, which I never thought would be possible. I was extremely nervous about driving due to having quite a negative experience with a previous instructor and suffering from anxiety. This resulted in me hating driving but Phil was fantastic in calming my nerves and helped me learn to love it. He was extremely professional, friendly, tolerant (regardless of the circumstances) and explained everything in simple enough terms to make sure I understood every aspect of driving. I struggled with manoeuvres but Phil showed me step by step techniques to perfect them and I use these everyday. I am very busy due to my demanding timetable but Phil was great at fitting me in and working around this, making sure I always had at least 1×2 hour lesson a week. I couldn’t recommend Phil more!” 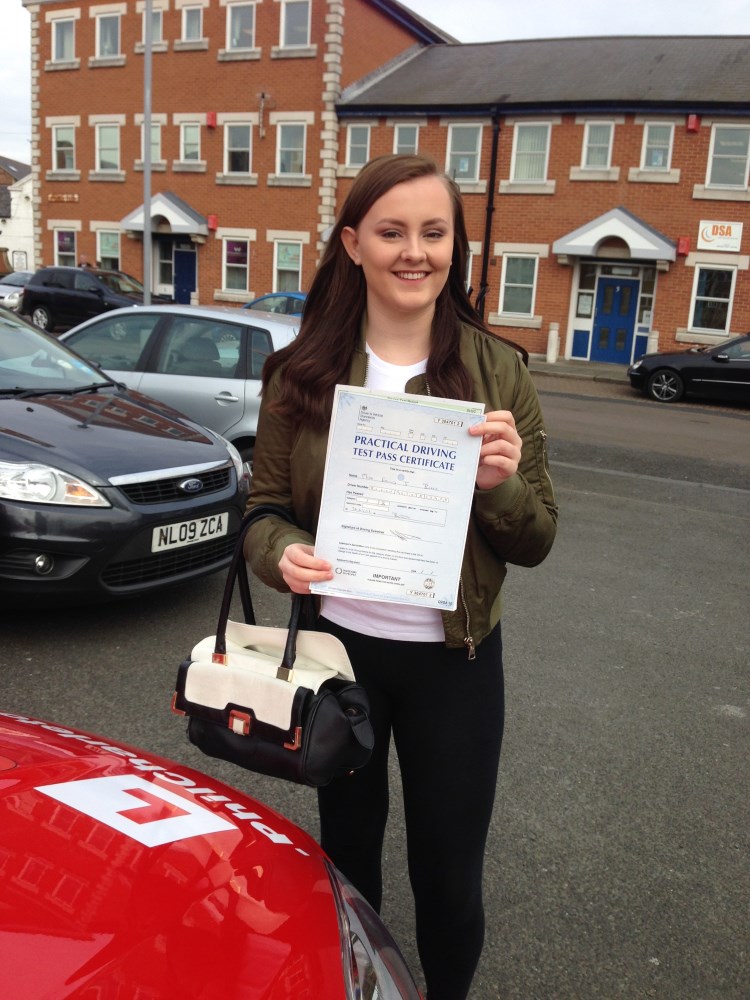 “I passed my driving test first time with Phil’s excellent teaching. I’d taken lessons with other instructors before but always got bored and never stuck with it. Thanks to Phil’s patient, friendly and clear guidance, I enjoyed the lessons for the first time and was motivated to keep going. He was very good at building my confidence at the same time as giving me advice on areas to improve. He made the manoeuvres seem a lot simpler by explaining them really well. Would definitely recommend Phil to anyone. Thanks Phil!” 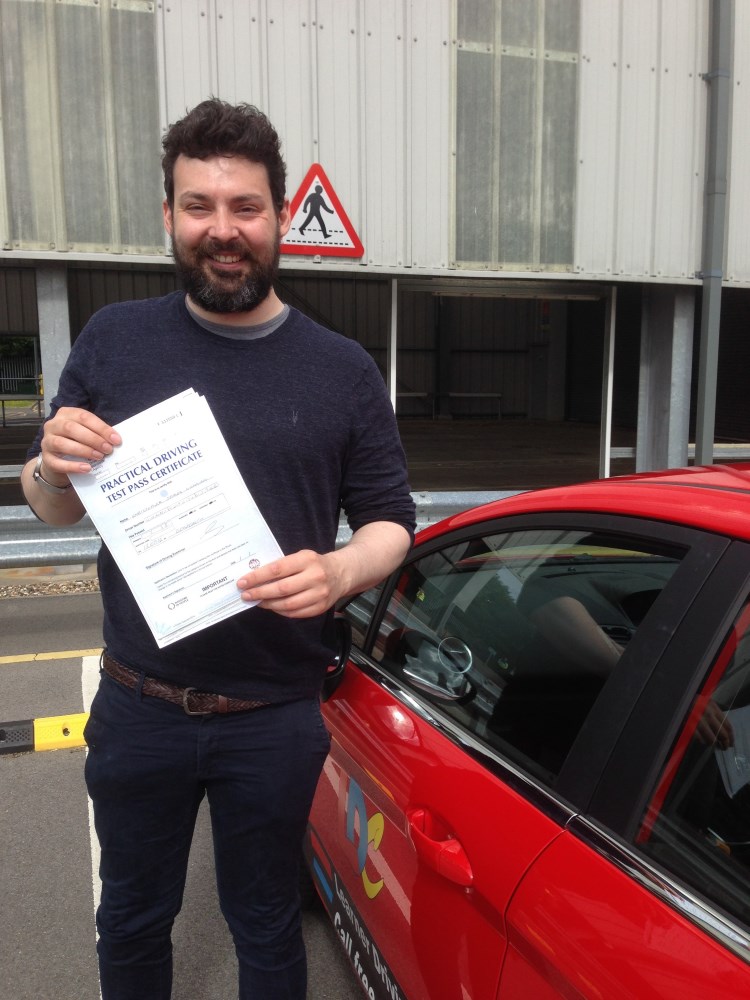 “Passing my test 1st time with only two minors wouldn’t have been possible without Phil. I can’t recommend him enough! If you are looking for a driving instructor who is extremely patient, calm even when we had a few near misses with buses, friendly, understanding and professional, then Phil’s your man. I started out lacking in confidence and was very nervous but Phil persisted and built up my confidence over time enough to take my test and pass! Thanks Phil!” 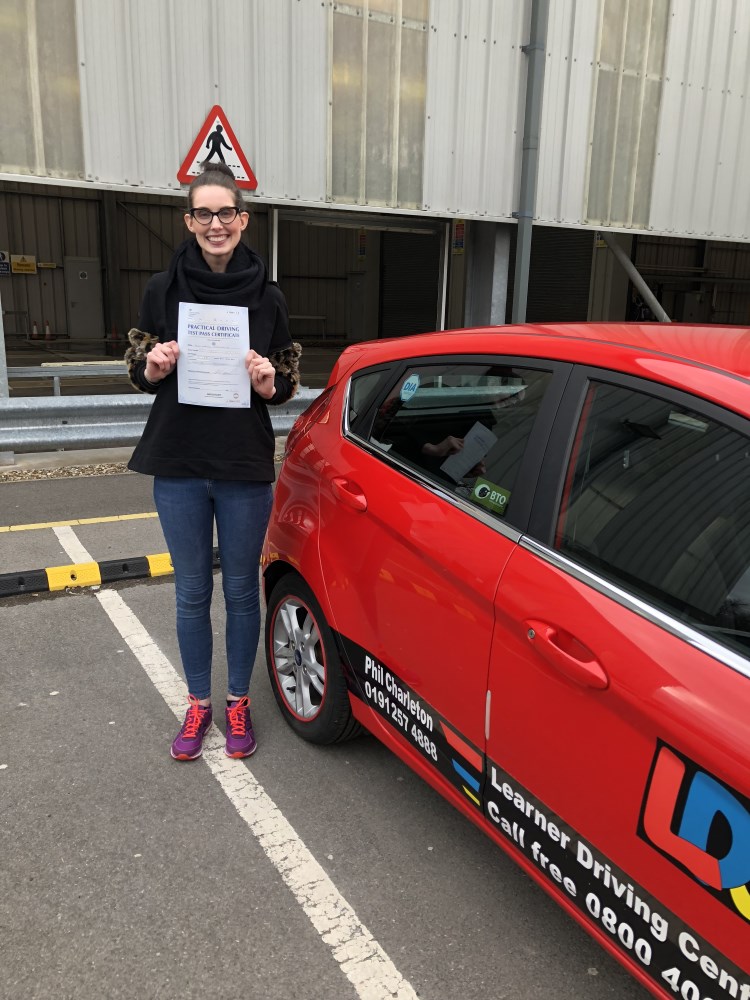 “Phil is a fantastic instructor and was consistently well prepared during our lessons. Learning to drive became less daunting when accompanied by Phil, his relaxing and understanding manner calmed my nerves both in lessons and the day of the test. Phil has a brilliant way of instructing to which i would recommend to anyone! Thank you for helping me gain my confidence in driving and successfully pass my test first time!” 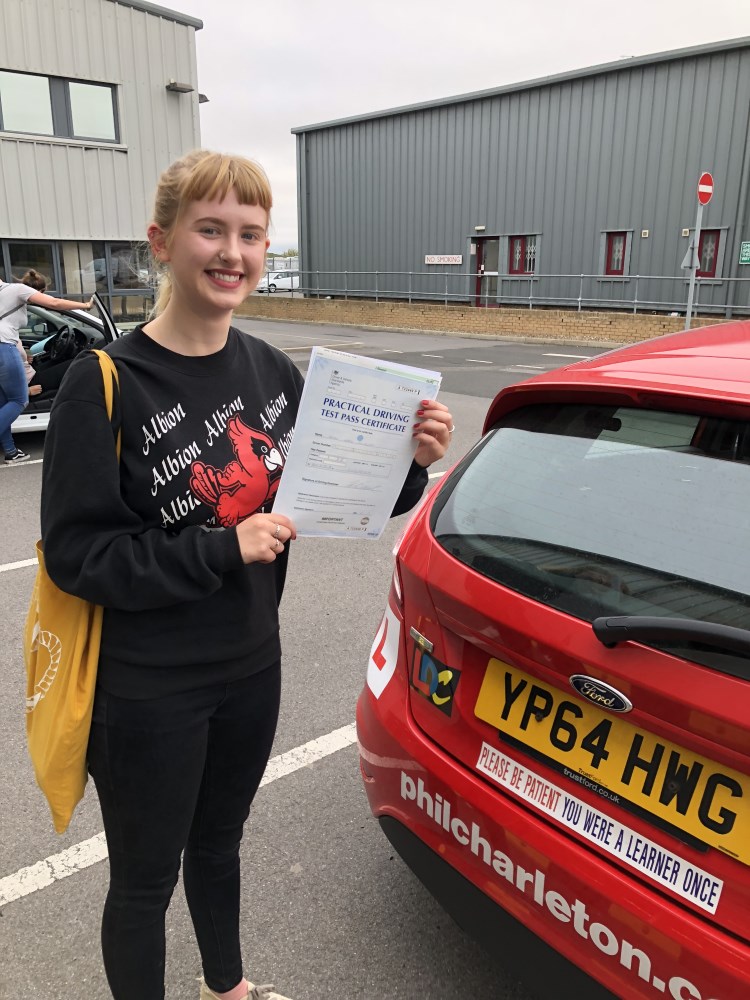 “Phil is a great instructor who I would thoroughly recommend. Having had no prior driving experience, he helped me pass my test first time after only a few weeks of lessons through his semi-intensive course. He was punctual to every lesson, easy to get along with, and progressed through the lessons at a great pace. I never felt the need to learn at a faster rate, nor did I feel I was wasting time on areas in which I was already competent. I ended up passing relatively comfortably, taking the test without any real nerves because of the confidence I’d gained learning with Phil. Would definitely recommend!” 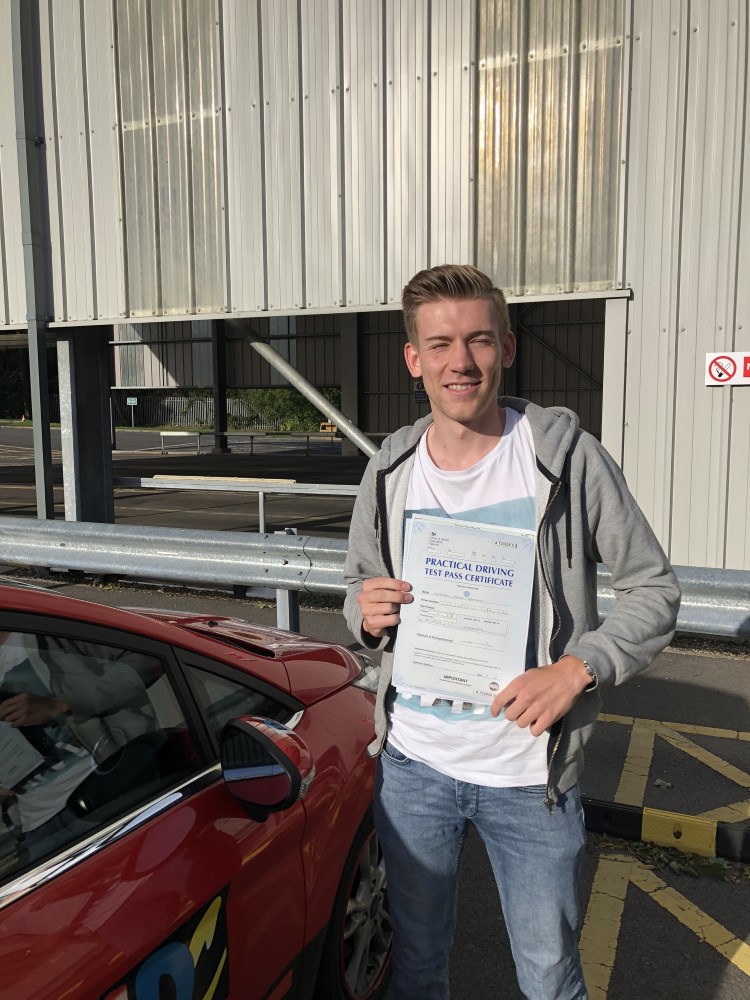 “I would definitely recommend Phil to anyone who is thinking about learning to drive. He is a great driving instructor; very patient, calm and encouraging. With Phil’s help and confidence in me, I passed my driving test first time! Thanks again, Phil!” 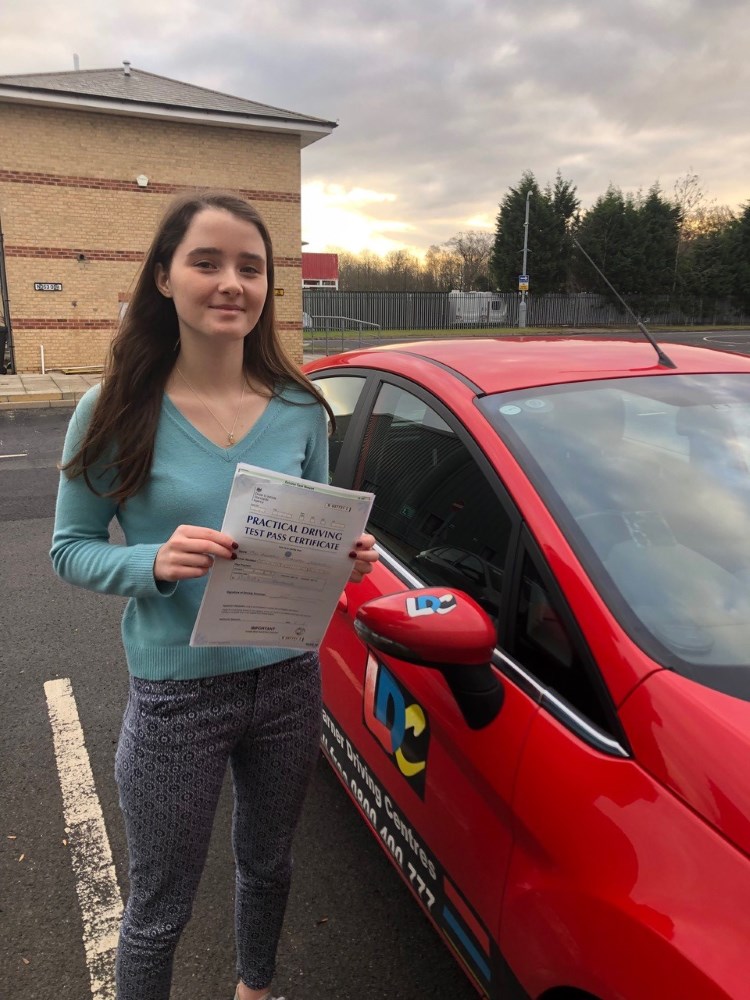 I am an LDC Qualified Driving Instructor. 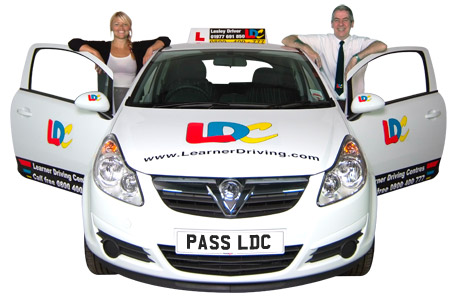